THE DIOCESAN PASTORAL AND TRAINING CENTRE GETS A GROTTO 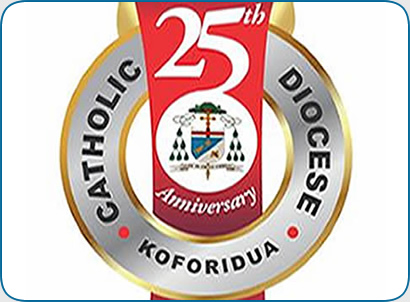 We are the Catholic Diocese of Koforidua who brings Christ to all people in the diocese by preaching the word of God, administering the sacraments and by providing quality education, health, humanitarian and other social services. [READ MORE..]

"Evangelizing through self reliance"
The vision translated into the three local languages used in the diocese, Akan, Ewe and Krobo, shall be disseminated throughout the diocese to galvanize...[READ MORE..]

The Vicar General, Rev. Msgr. Francis Twum-Barimah received the items on behalf of the Bishop of the Catholic Diocese of Koforidua, Most Rev. Joseph Afrifah-Agyekum. He stated that the gesture by KODPA is a demonstration that the Evangelisation Mission of the Church is not just a proclamation of the word by mouth but also expressing it through concrete actions. The Vicar General was full of praise and appreciation to the priests for their kind gesture. After receiving the items, he handed them over to the Executive Secretary of Health, Rev. Msgr. Paul Abankwa for onwards distribution to the Administrators of the health facilities which were present. Among the beneficiaries were St. Dominic Hospital- Akwatia, Holy Family Hospital -Nkawkaw, St. Martin de Porres Hospital- Odumase Krobo, St. Joseph Hospital- Koforidua, Notre Dame Clinic/Maternity- Nsawam Adoagyiri, Holy Rosary Health Centre- Amanfrom, Afram Plains, Holy Spirit Health Centre-Kwasi Fante, Afram Plains. The Executive Secretary of Health, Rev. Msgr. Abankwa used the occasion to appeal to organizations, institutions, groups and individuals to follow the example of KODPA and also donate PPEs and Medical Supplies to support the four Hospitals and Eleven Clinics/Health Centers under the Diocesan Health Service of the Catholic Church in the Eastern Region. 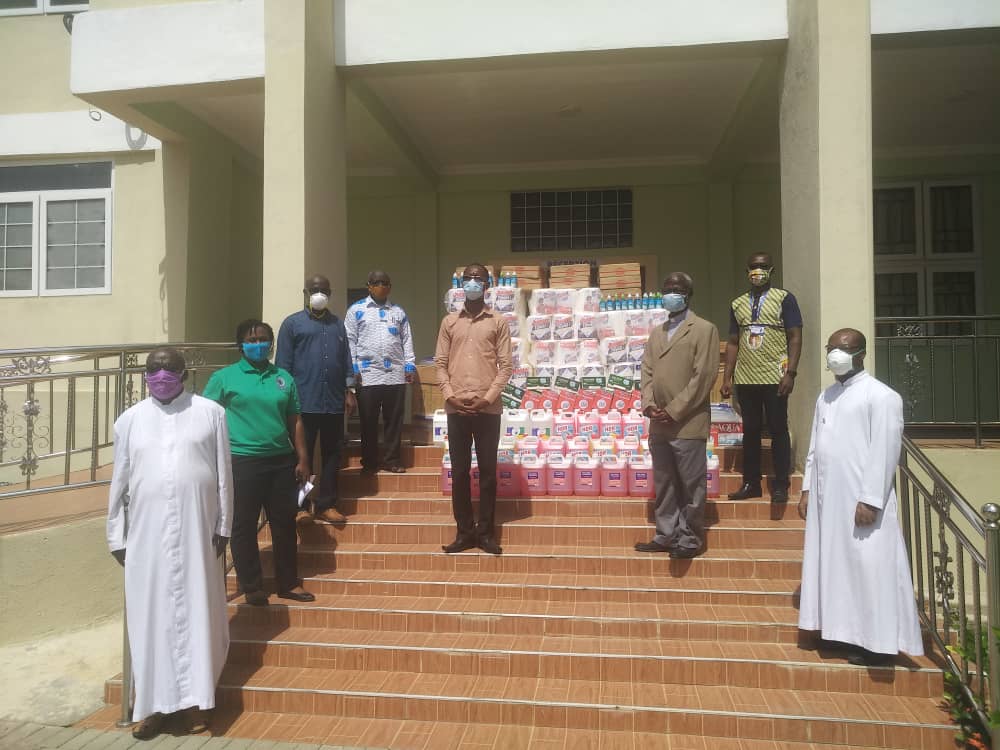